exoIL-12™ is an engEx™ therapeutic candidate expressing IL-12 on the surface of the exosome by molecular fusion to Codiak’s proprietary scaffold protein, PTGRFN. 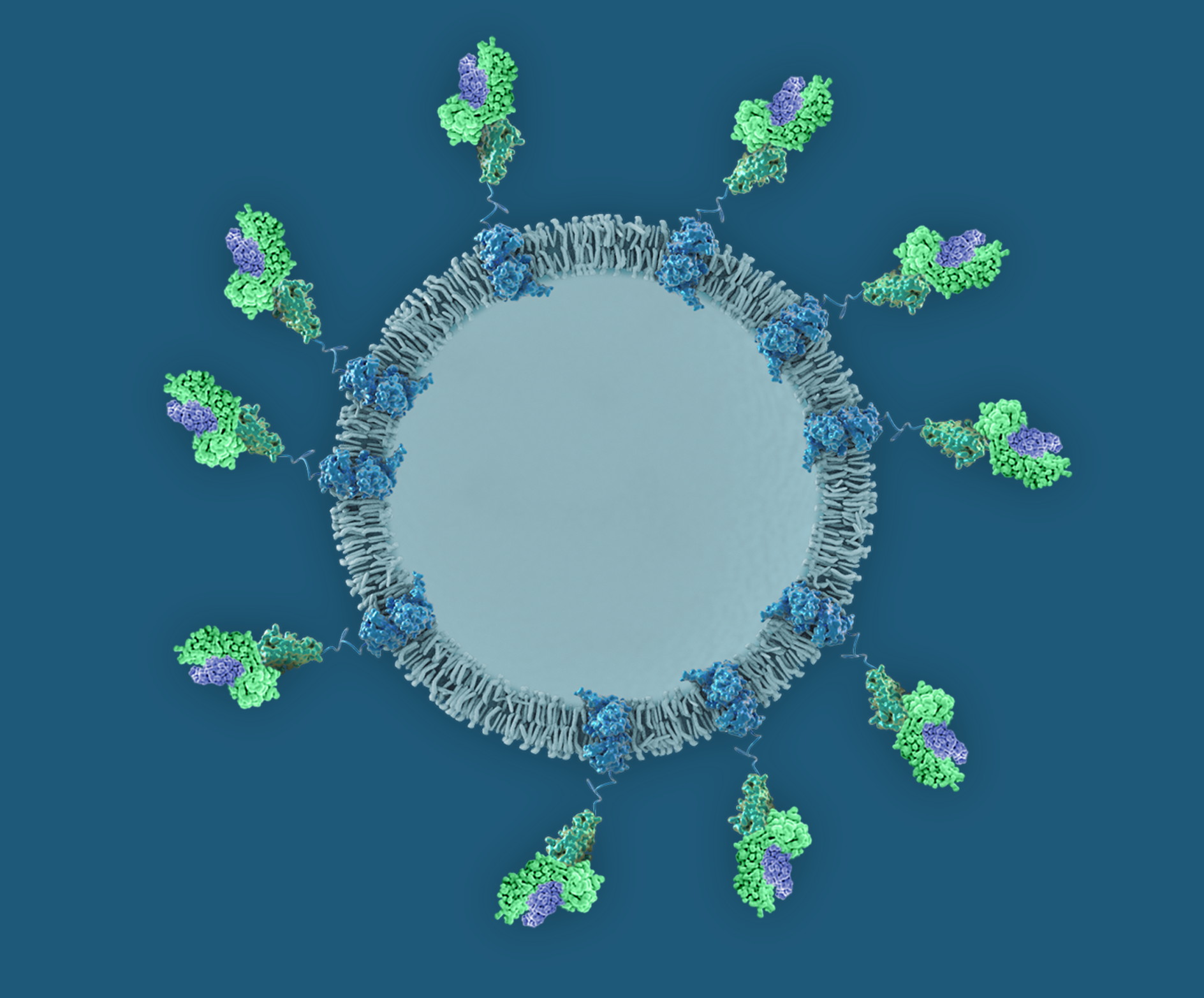 Developed via Codiak’s proprietary engEx™ Platform, exoIL-12 is designed to target T-cells and Natural Killer cells in the tumor microenvironment and induce systemic anti-tumor immunity. While IL-12 has long been recognized as a promising therapeutic candidate, previous attempts to administer recombinant IL-12 resulted in substantial systemic toxicities due to lack of targeting of IL-12 to the tumor. Data from Codiak’s preclinical studies suggest that when administered intratumorally, exoIL-12 is retained in the tumor microenvironment, generates a prolonged pharmacodynamic response in the tumor microenvironment and prevents significant systemic exposure. This results in potent anti-tumor immunity and an improved toxicity profile compared to recombinant IL-12 or other methods that generate IL-12 in the tumor (e.g. gene therapy).

We plan to begin the first Phase 1/2 clinical trial for exoIL-12 initially in patients with Cutaneous T-Cell Lymphoma (previously shown to be IL-12 responsive in humans) in the second half of 2020 and expand into other IL-12 responsive solid tumors in the future.